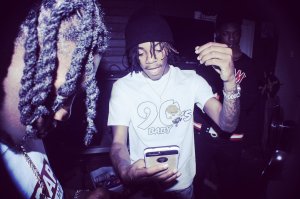 Blu Rollxn is a rapper with some serious potential. Coming out of Chattanooga, Tennessee, Blu Rollxn formulates raps that stand on a foundation of beautifully painted harsh realities, intricate rhyme schemes and sporadic flows. With the help from his main producer, Yung Polo the young rapper has a discography that contains nothing but heat. 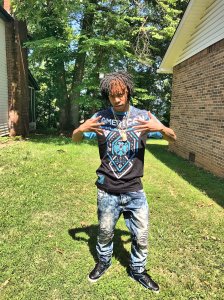 After releasing his hit single “Blue Flaggin (Intro)” on Soundcloud, he followed up by releasing the visual that would soon go viral. Currently sitting at 3 million views and counting (even after a year later), He lets his listeners take a peek at his life in the streets of Chattanooga. Just a few months later he drops his debut mixtape “90 Problems” that would go on to collect hundreds of thousands of plays.

Blu Rollxn displays serious natural talent, what makes him so special from anyone in a similar lane as him is that he accompanies his fast paced lyricism and southern inspired vocals with intricate story telling. Blu Rollxn has huge potential to be a superstar and put Chattanooga on the map. With tons of plays, a wide skill set and, a strong team behind him, we have no doubt that Blu Rollxn will take over the streets, the airwaves, and everything between in just a matter of time. Get familiar with his work down below.

Welcome to the Southside Archives.